Description:
What would the Wild West have been without its charismatic villains? Boring! So take a walk in the cowboy boots of Billy the Kid, Jesse James or Butch Cassidy to become a real, low-down bad guy! Form your own gang by recruiting cool cowboys, crazy Mexicans and brave Indians. Take up a smart, strategic position and lie in wait at the canyon to ambush settlers, stagecoaches and the gold train. Rain bullets, lead and flaming arrows down on the pious pioneers! If your victims look like they might escape, set off in pursuit to stop them from alerting the Sheriff! When you have bagged more than a fistful of dollars, you'll be able to afford cannons or a steam train with a Gatling gun to send around the level! 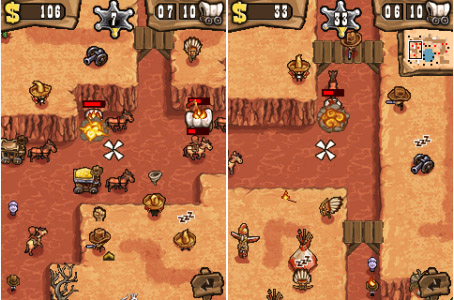